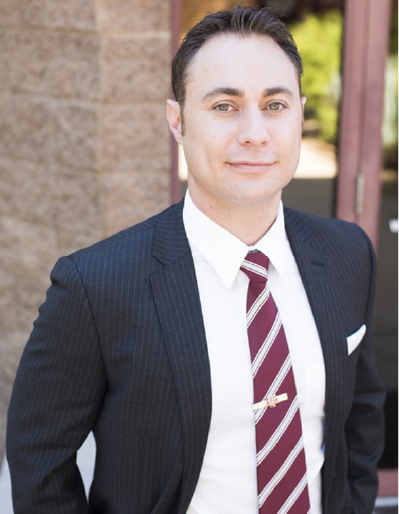 Mr. Nava founded The Nava Law Firm, PLLC and practices in the areas of criminal defense, DUI defense, and Federal litigation, where he is a fearless, aggressive and effective advocate. After working in a large firm and successfully defending hundreds of cases, Mr. Nava decided he wanted to create a firm with a more personal touch. He wanted to be able to treat each case like it was his only case without the hurdles of big law firm life. He believes everyone deserves the best defense possible. He cares deeply about his clients and does everything in his power to get them through what can be a harrowing experience.

His legal education did not stop at Law School. He has attended hundreds of hours of specialized training in identifying weaknesses in the Prosecution's case. He has received extensive training in forensic science and works with some of the best forensic experts in Arizona. He recently taught a Continuing Legal Education Seminar on the subject of DUI Defense. Coupled with his passion for defending individuals from government overreach, Mr. Nava's acquired knowledge and natural abilities have resulted in a high number of dismissals and acquittals for his clients.

In his tenure, he has represented clients in courts all over Arizona. He handles every type of criminal case, and he regularly appears in Justice Court, City Court, Superior Court, and Federal Court.

Thank you! Your submission has been received!
Oops! Something went wrong while submitting the form.
Legal Disclaimer:

The information you obtain at this site is not, nor is it intended to be, legal advice. Many factors contribute to providing legal advice, including the specific facts of a situation. You should consult an attorney for advice regarding your individual situation. Armando Nava is licensed to practice law in Arizona. We invite you to contact us, but please be aware that contacting us does not establish an attorney-client relationship. Please do not send any confidential information to us until an attorney-client relationship has been established.